Night of the Nerds

Night of the Nerds; an event to get kids (10-15 years) introduced to technology. We created the ‘Nerd tracker app’. The Nerd tracker app is using the different sensors in the smartphone to measure the activity of the ‘Nerd’ (user). The app gives a real time visualization of the movement or the amount of steps the Nerd takes. In the app there is a data visualization of the different measurements. We could measure how many steps the Nerds are taking, how much they moved, how much sound there was and how long the Nerds were walking or sitting. We could also see how long the Nerds where standing at different stalls.
‍

‍How do we make data visualisation interesting for kids?

‍By giving the app a clear interface, with nice graphics and animations we made boring data interesting to look at.

What we also did to make the app interesting is to show not only their own data but also data from other users. Comparing your own data with the data of other users gives you an idea how they are doing compared to the rest of the nerds. Which is fun to see e.g. more active or lazy then the other nerds. 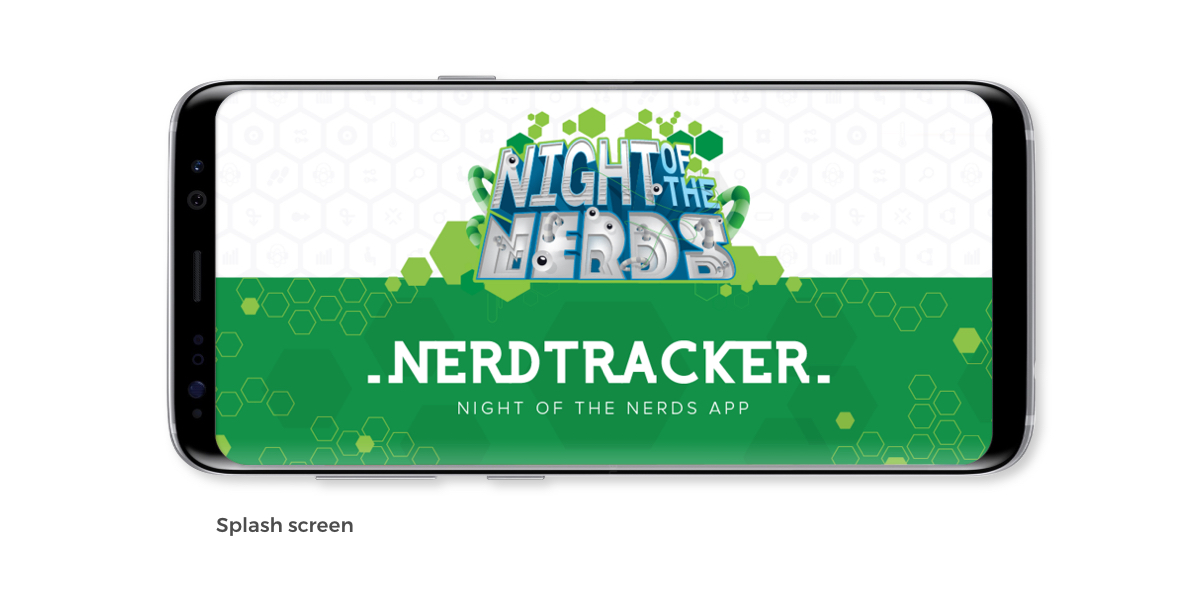 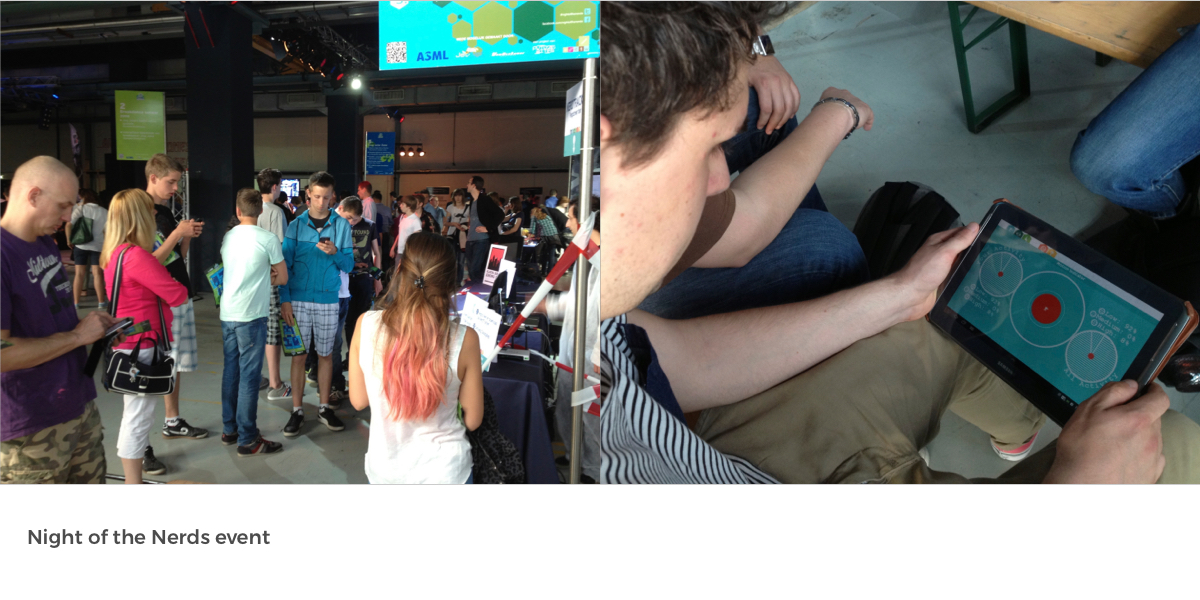 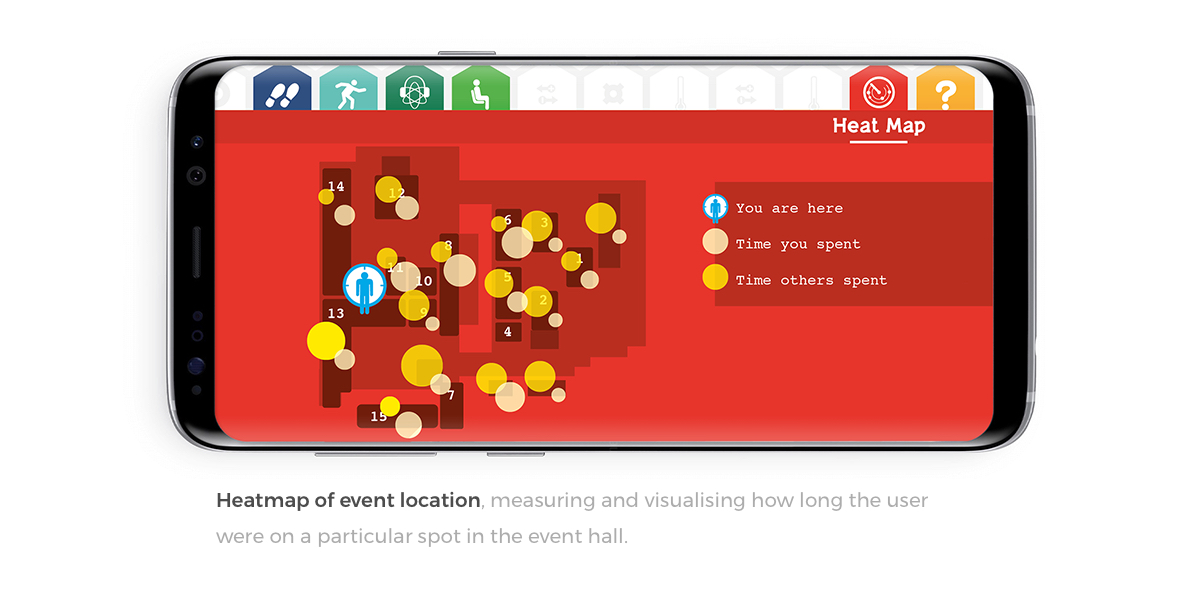 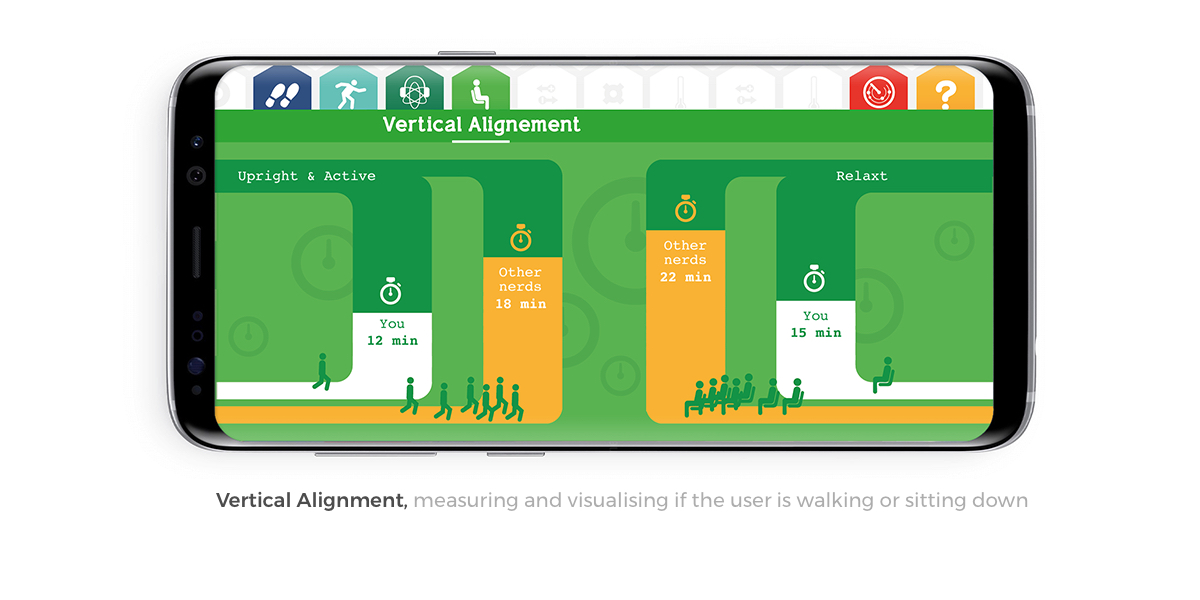 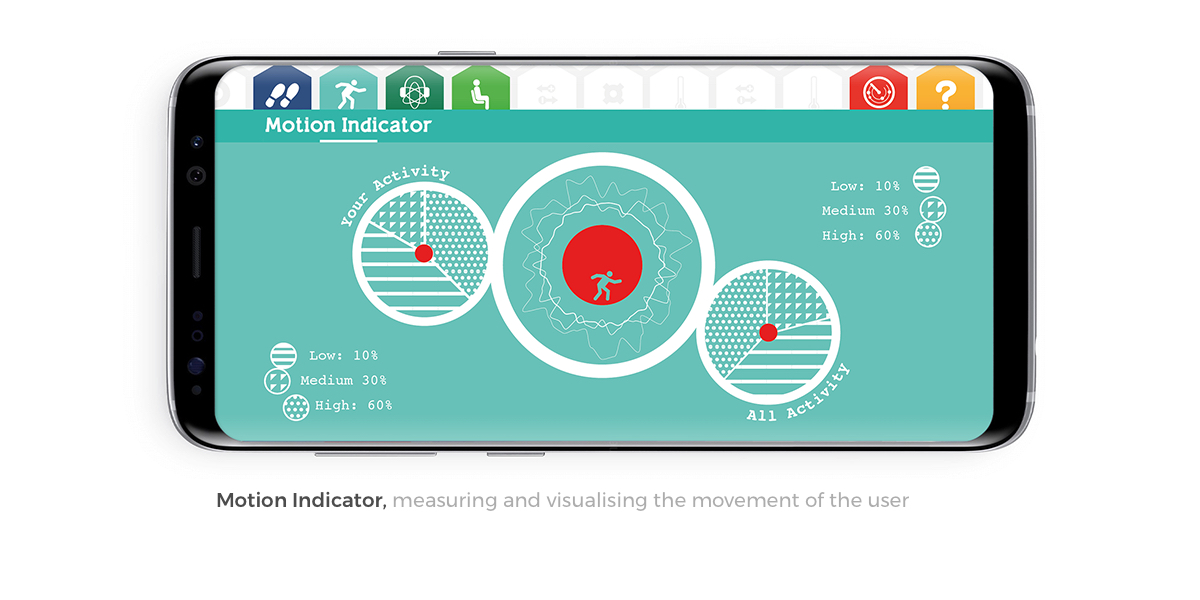 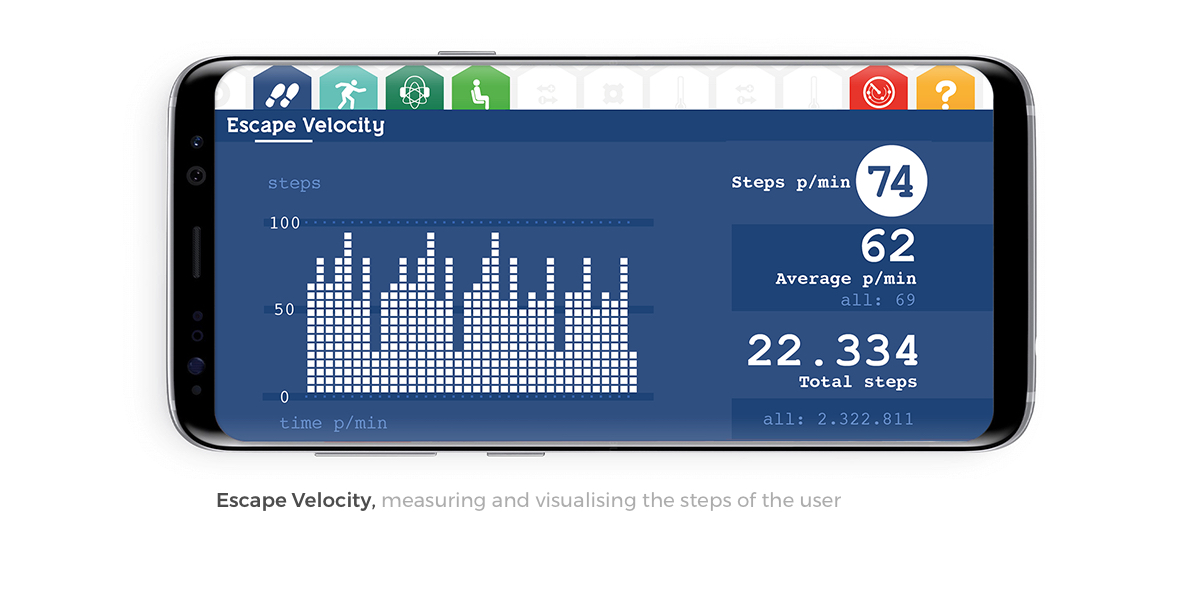 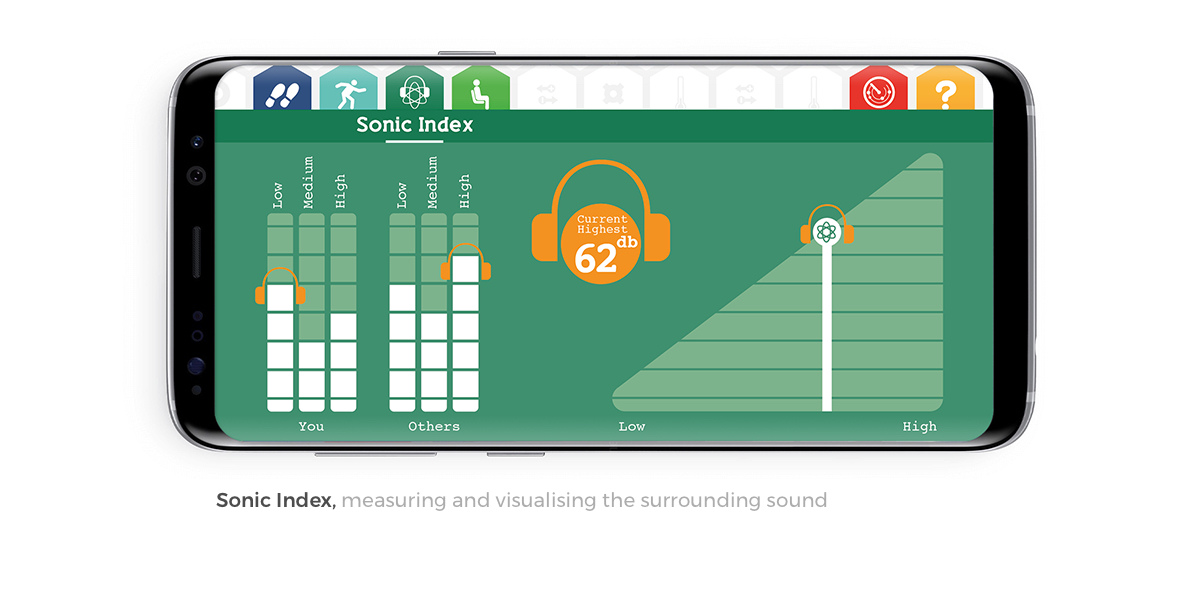 This project was commissioned by:

• Aliens Are Among Us