The users could see on two locations in the Muziekgebouw building Augmented Reality art pieces. In the atrium was a AR piece which explored the the relationship between matter and spirit. On the terrace was a AR piece which was inspired by an Astronomical clock. Both pieces where supported by the music of Louis Andriessen.

My role within the team was UI Designer. I was responsible for design of the UI of the Augmenting Andriessen app. The app is available in Mobile and Tablet format and for Android and iOS. 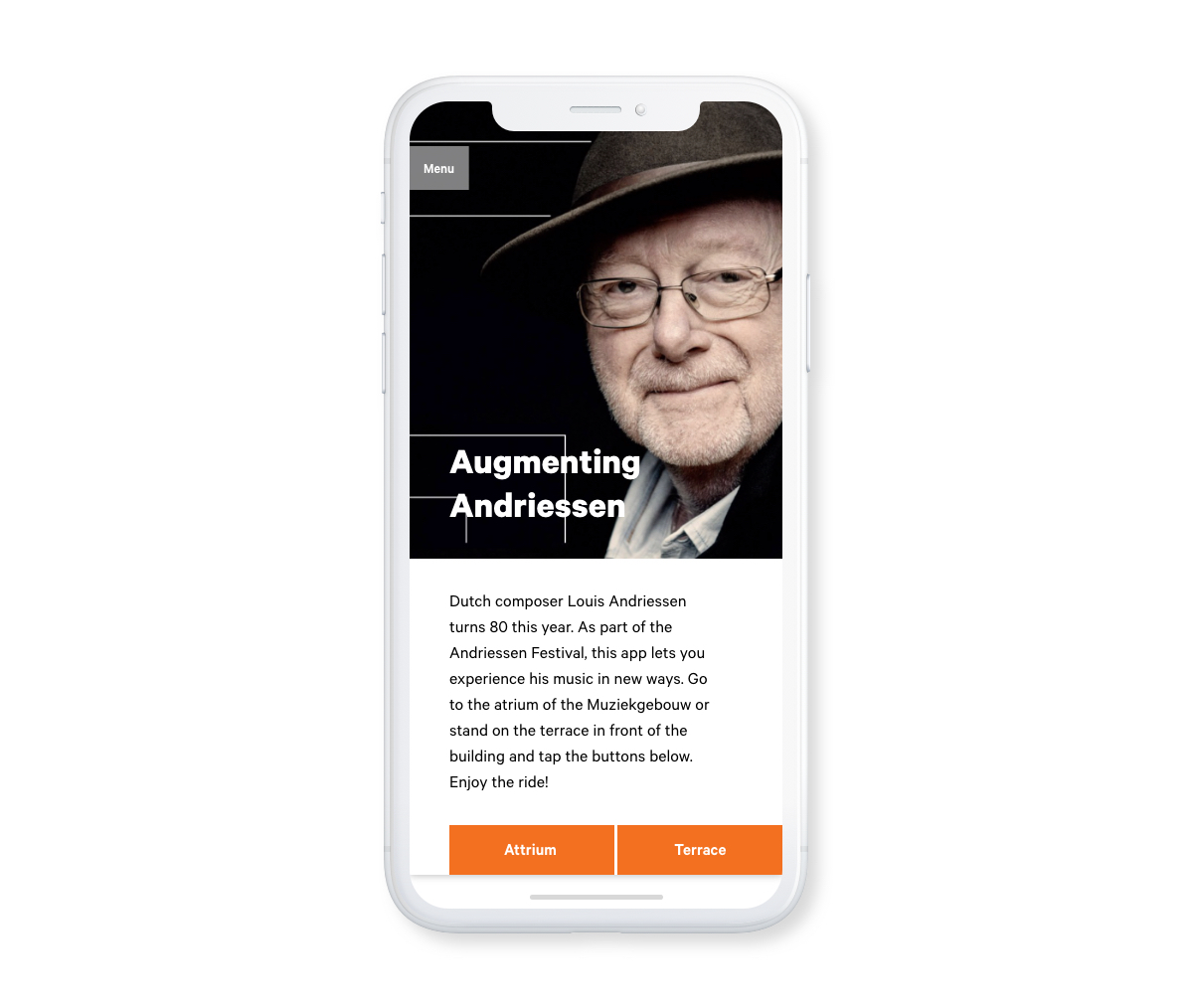 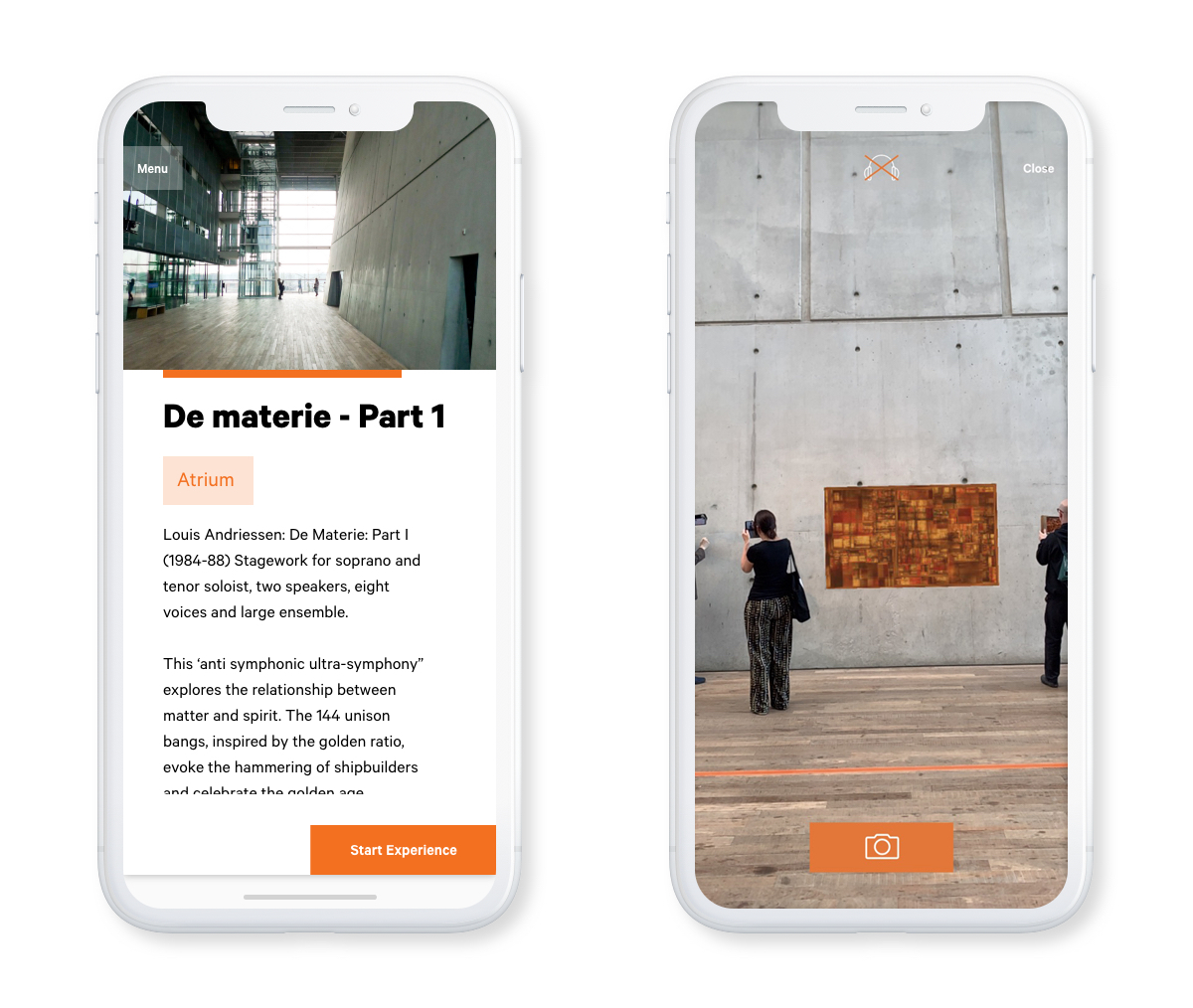 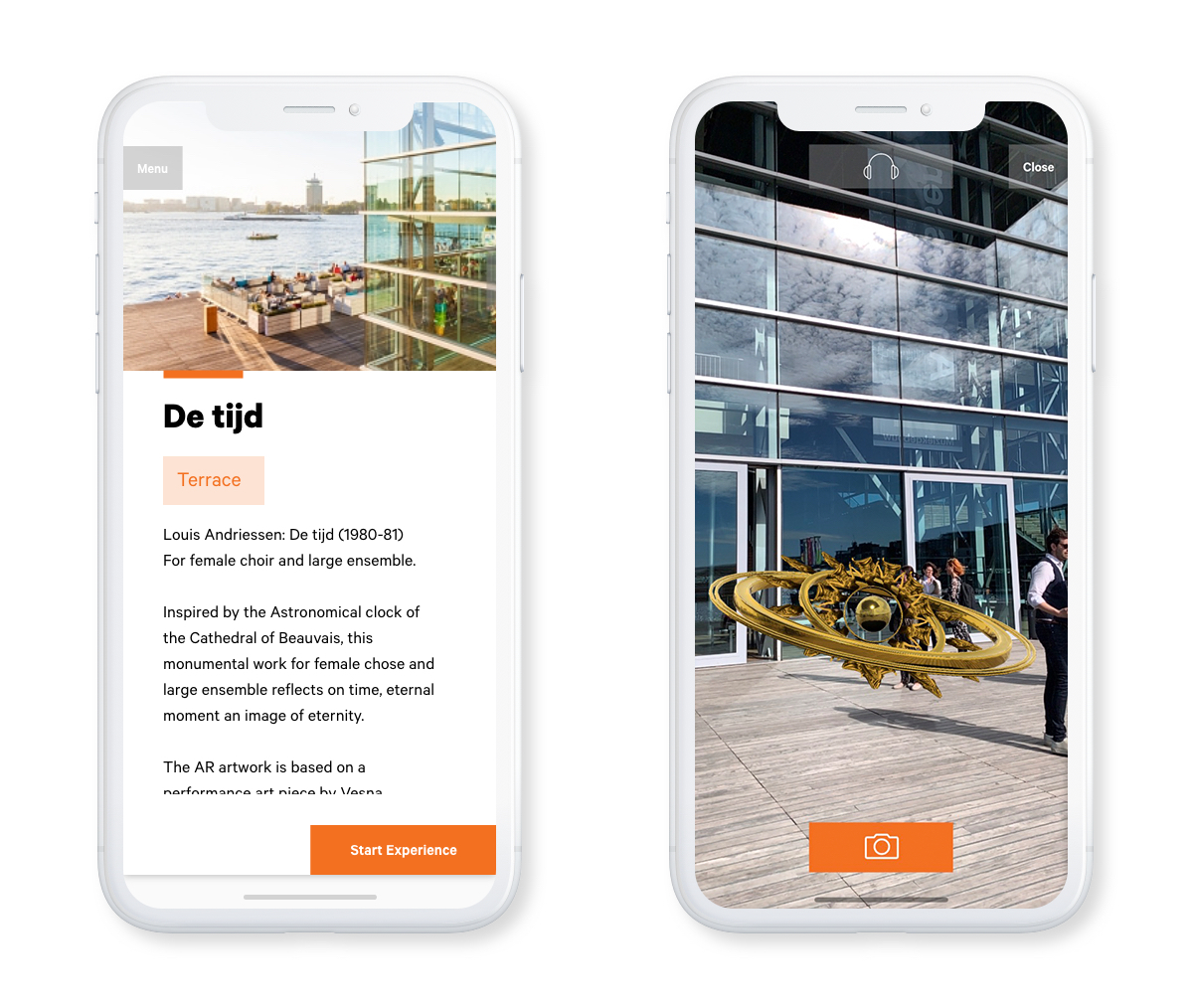 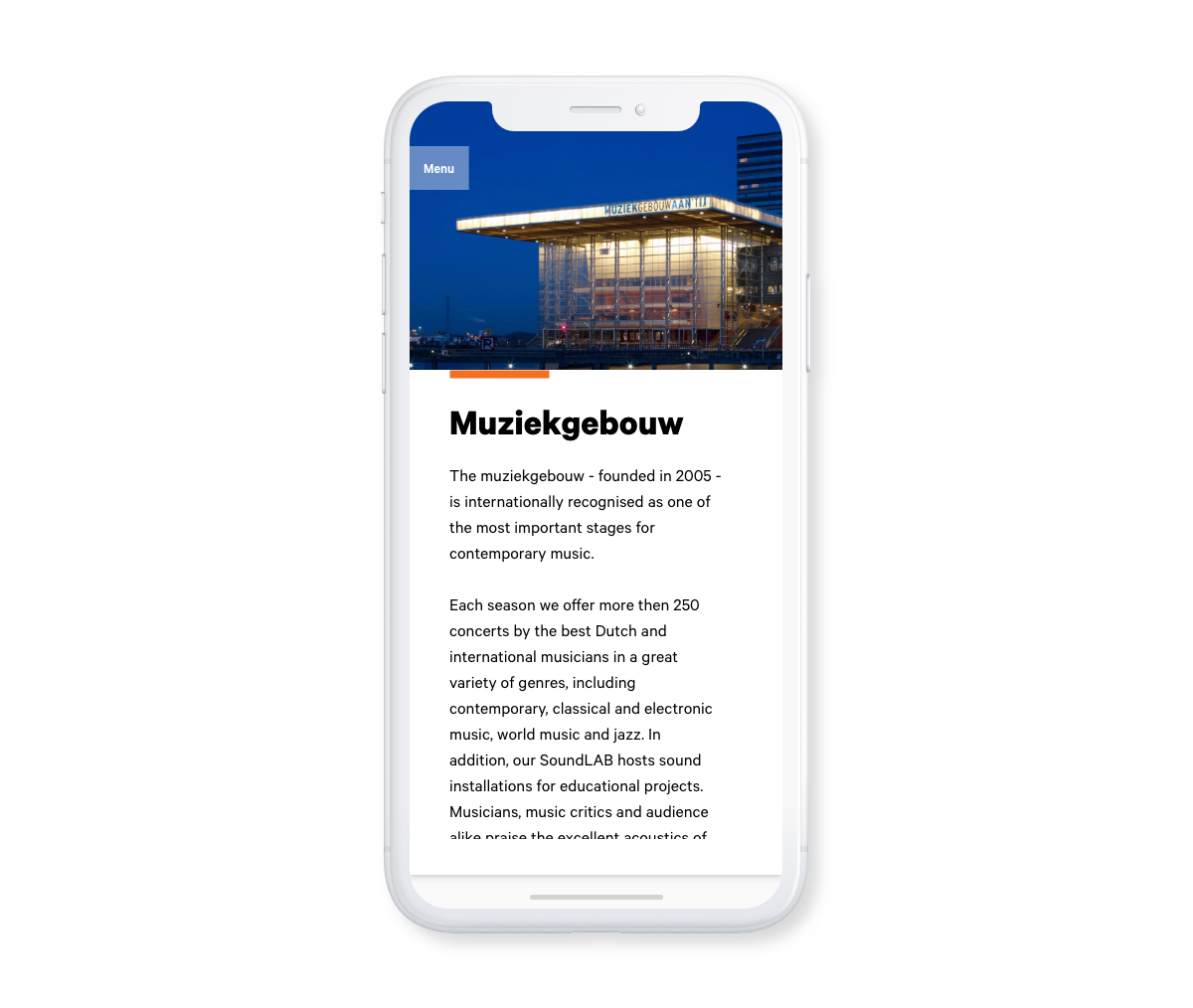 The app was developed in collaboration with: